I had the pleasure of participating in the Arms Around Bainbridge fundraiser. Believe it or not, a revolving team of hearty swimmers take to the open water – most in wetsuits, some not! Participants swim the perimeter of Bainbridge to raise money for people in our community who are battling illness. 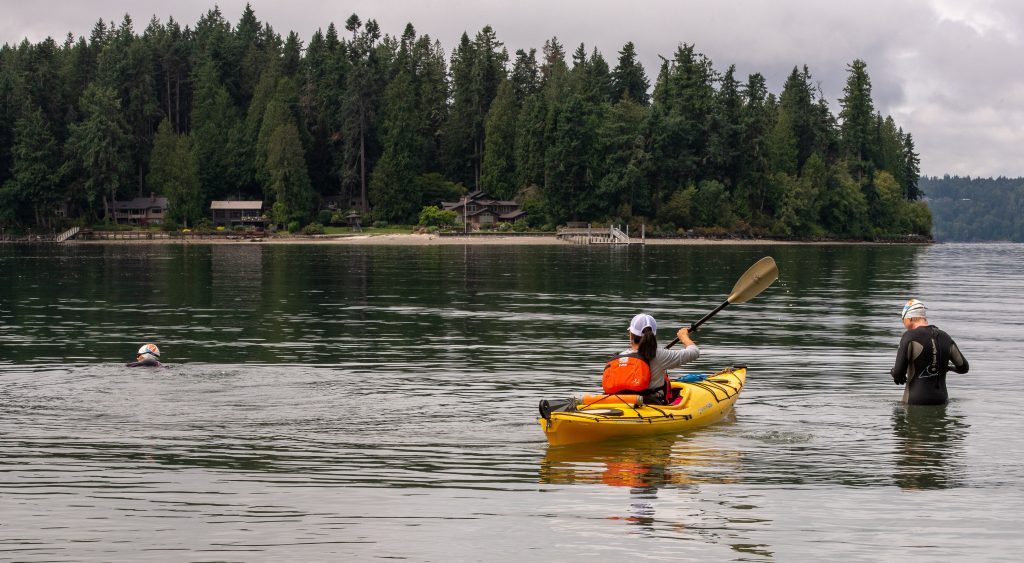 I volunteered as a kayaker to guide swimmers out of seaweed, jelly fish, and to the most direct route. I accompanied 2 sets of teams and my paddle took me from the northwest side of the Island, under the Agate Pass Bridge, past Point Monroe to Fay Bainbridge Park, where a new team took over.