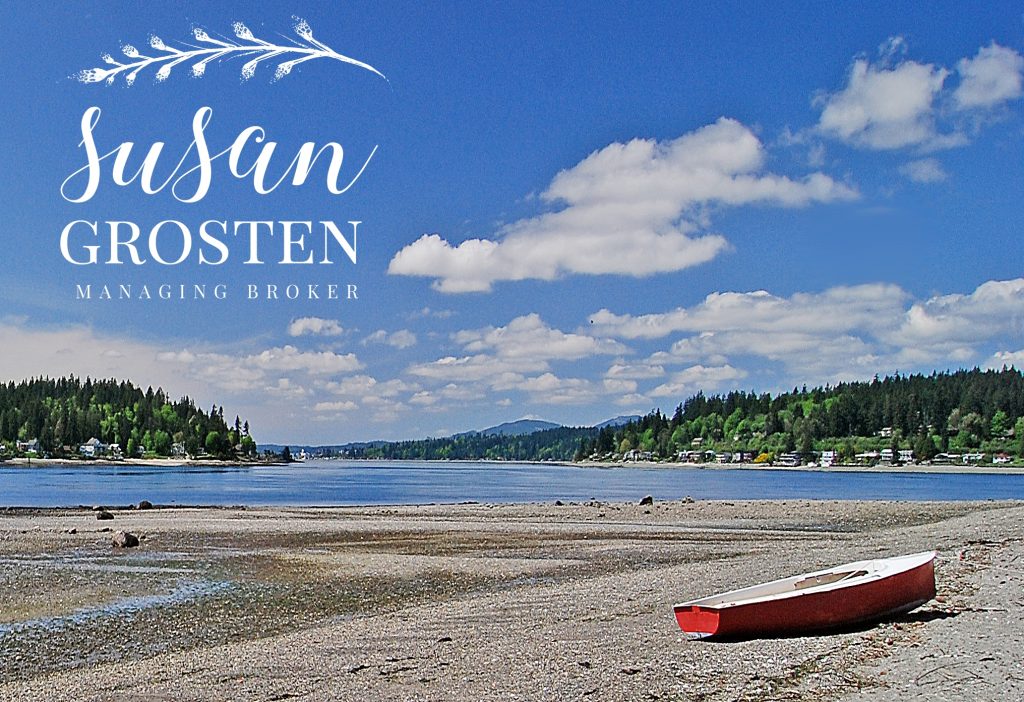 In 2015, we watched as a trend that began in 2012 continued. For the past several years, we’ve had a steady decrease in available homes accompanied by increased values.  In 2015 we saw more of the same – or less of the same, depending on one’s perspective.  We are living and working in an ongoing environment of real estate scarcity.  Still, we keep our eyes on the future rather than the past to see what the market will do next.

The Ebbs and Flows of an Island Market

As with all markets, we are subject to demand (buyers) and supply (sellers). The majority of our buyers come from two sources: island residents seeking to change their Bainbridge addresses (>40%) and people moving here from the Seattle environs (~30%). We are all aware of the craziness of the Seattle marketplace. Seattle is experiencing phenomenal economic and job growth, a lot of it right downtown. Seattle Metro real estate is also a fairly closed system, with little room for additional housing unless you want to live in an apartment tower or spend a lot of time on the freeways going east/south/north. The consequence of this growth has created some serious traffic issues and prices (for those who succeed in the multiple-offer frenzy) are a lot higher there than here. Once you factor in the great reputation of Bainbridge schools, it is little wonder families of downtown workers look to the island as a real estate alternative to Seattle.

Movement on the Rock

The Challenge of Choices

The only apparent impediment to local people moving around the island is a lack of choice.  Bainbridge residents are reluctant to put their homes on the market because they cannot find alternatives that justify moving (and their current homes appreciate the longer they stay in them). The current demand is outstripping current supply, which creates price increases and buyer frustration. The demand comes from the fact that Bainbridge is a pretty great place to live so people want to move here. As long as Bainbridge Island is perceived to be a desirable community (and given the alternatives for anyone wanting to be as close as we are to the metropolitan Seattle area), there will be demand from people wanting to live here.

The Pros and Cons of High Demand

The effect of this demand will be continued buyer frustration, higher prices and a demand for more inventory (growth of the number of homes available, otherwise known as new construction and development). If our demand stays the same (and there is no reason to doubt that it will, at least in the mid-term), prices will rise more than if there is new inventory. For those of you who have been here for a while, you remember when prices kept rising we started to lose new families and diversity as our prices appreciated in the last decade (2002-2007). This does have consequences on the island’s character.

The good news is that there are new construction projects being built and being planned. As home prices and demand have increased, builders have re-emerged. We had 68 land sales last year (with a median price increase of 27%, from $185K to $235K), the most in over a decade (and a long way from 2008’s 15 sales). Some of these are for single family; some are for developments. Grow Village, developments on Wing Point, Wyatt Way and Lovell, Weaver, Sunrise Bluff on the mid to north end are actively being pursued by builders. Pleasant Beach and “The Roost” on Point White in the south end want to move forward and will, just as soon as some issues with the local sewer infrastructure are answered. Some of these projects will come on line this year, and some in 2017. Last year, we recorded 21 new construction sales, a 31% increase over 2014 and a 420% increase over 2013.

The Word on Condos

Condominiums were dramatically affected by the lack of inventory. Active listings (listings not under contract to be sold) went from a peak of 16 in May down to only 4 in mid-December.  That’s right. In mid-December, there were only 4 condominiums available island-wide. With that in mind, it is surprising that sales were only down 11% (90 versus 101). The median price, however, grew 11.2% ($372,500 versus $335,000) which surpassed the single family median increase. This was due primarily to sales between $400K-$500K increasing from 19 to 25 in 2015. (In both years, 86% of all sales were less than $500K.)

We expect 2016 to be an interesting year. There is little evidence to a slowdown in demand so the challenges sellers and especially buyers experienced in 2015 will probably not abate. There is a “buzz” that more people are thinking about selling this year, which will help. However, there appears to be a resurgence of a “no growth” attitude, which will only drive prices higher, lessen diversity and change the flavor of our island, which could eventually lessen demand. The trick is enabling growth so it maintains the qualities we currently have and allows Bainbridge Island to retain its distinct personality and charm.